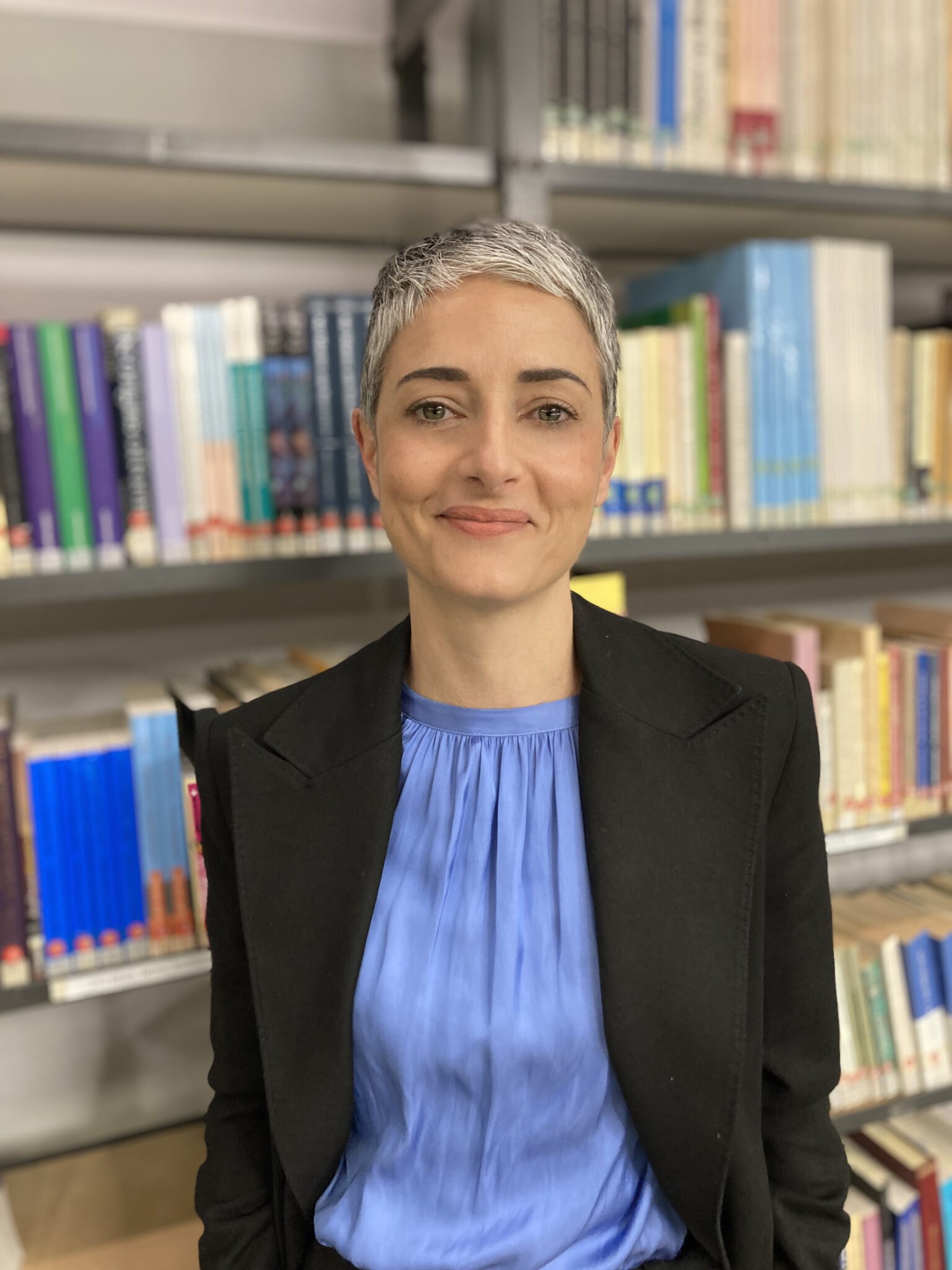 Susana has over 18 years of experience in research, policy development, and policy monitoring and evaluation with particular expertise on gender equality and violence against women. She is widely recognised as a gender equality expert and has served as a senior researcher on a number of projects and studies commissioned by the European Institute for Gender Equality (EIGE), the European Parliament, and UN Women among others. She’s served as National Expert for the Network of Experts in Gender Equality, Social Inclusion, Health and Long-term Care (EGGSI), and as Independent Expert for DG Employment’s Mutual Learning Programme (MLP). She has also served as Expert for the EWL Observatory on Violence against Women, and as Board Member and member of the Executive Committee of the European Women’s Lobby. She is currently President of the national Advisory Committee for the Prevention and Combating of Family Violence and Vice President of the WAVE Network. She was appointed by the Cyprus Council of Ministers in 2019 to coordinate the establishment of the “Woman’s House”, a multi-agency, multi-disciplinary and co-located service centre that provides integrated services to victims of violence against women.

Susana has co-authored or contributed to a number of publications, including research reports, book chapters and journal articles, and conducted training seminars and workshops on a range of gender equality issues. She holds a BA in Political Science from the State University of New York at Stony Brook and an MSc in International Politics with an area concentration in the Middle East from the School of Oriental and African Studies (SOAS), London University. 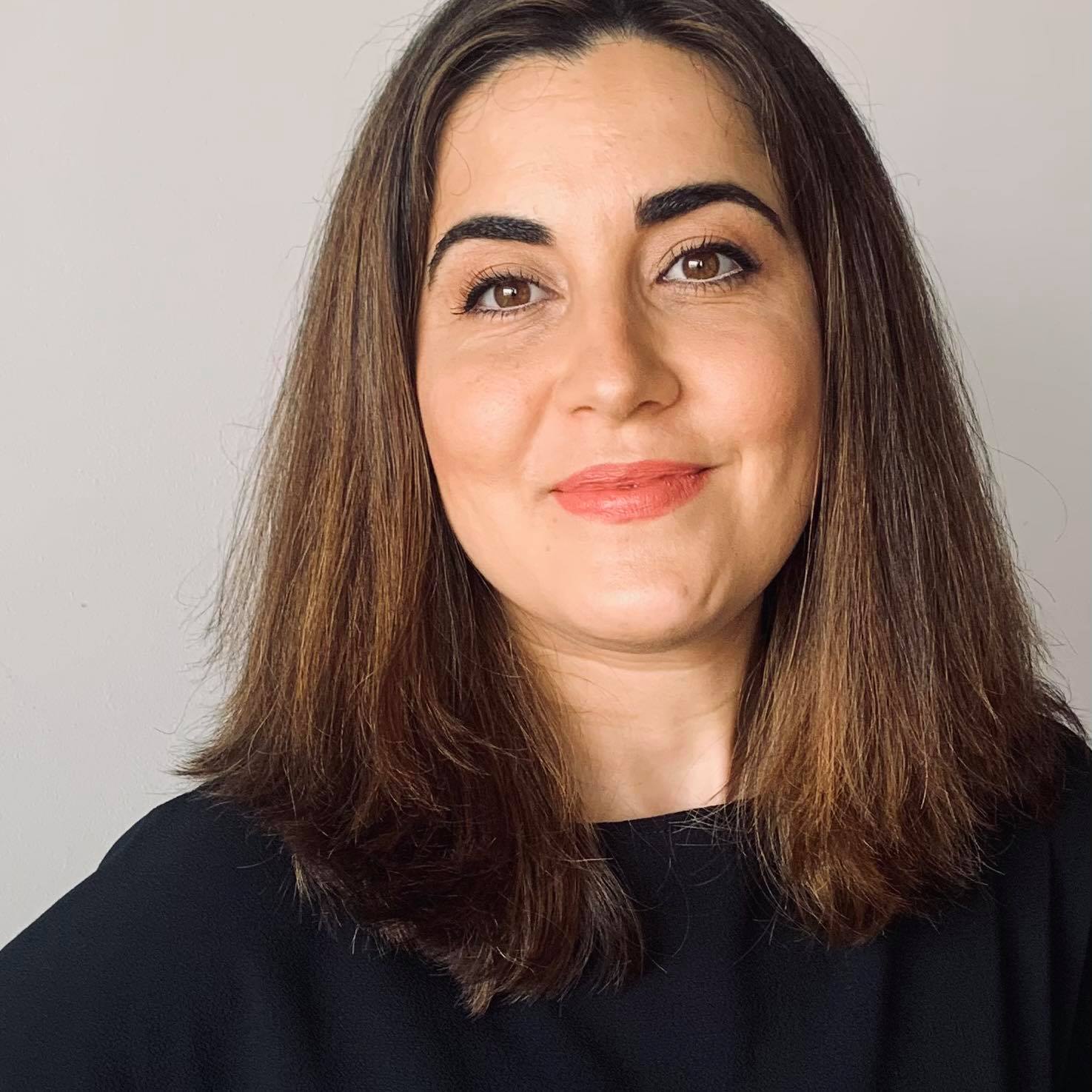 Christina Kaili has been a Researcher and Project Coordinator at MIGS since 2008. As a gender equality expert, she has conducted research, facilitated trainings, and coordinated and implemented many national and European projects in her field. She’s particularly interested in the prevention and combating of violence against women and girls, especially through education. An advocate of sexual and reproductive health and rights since 2005, she has also supported the work of the Cyprus Family Planning Association(CFPA), including a period of serving on its board (2011 – 2013).

Since 2009, Christina has been a key actor on both the national and European levels in developing and managing the movement to end female genital mutilation (FGM), including a 4-year tenure on the board of the End FGM European Network (2014-2018). She initiated and coordinated the project that resulted in the United to END FGM European Knowledge Platform, which provides targeted training to professionals dealing with those affected by FGM in Europe.

Christina has authored and contributed to a number of publications, including research reports, teaching modules and journal articles. 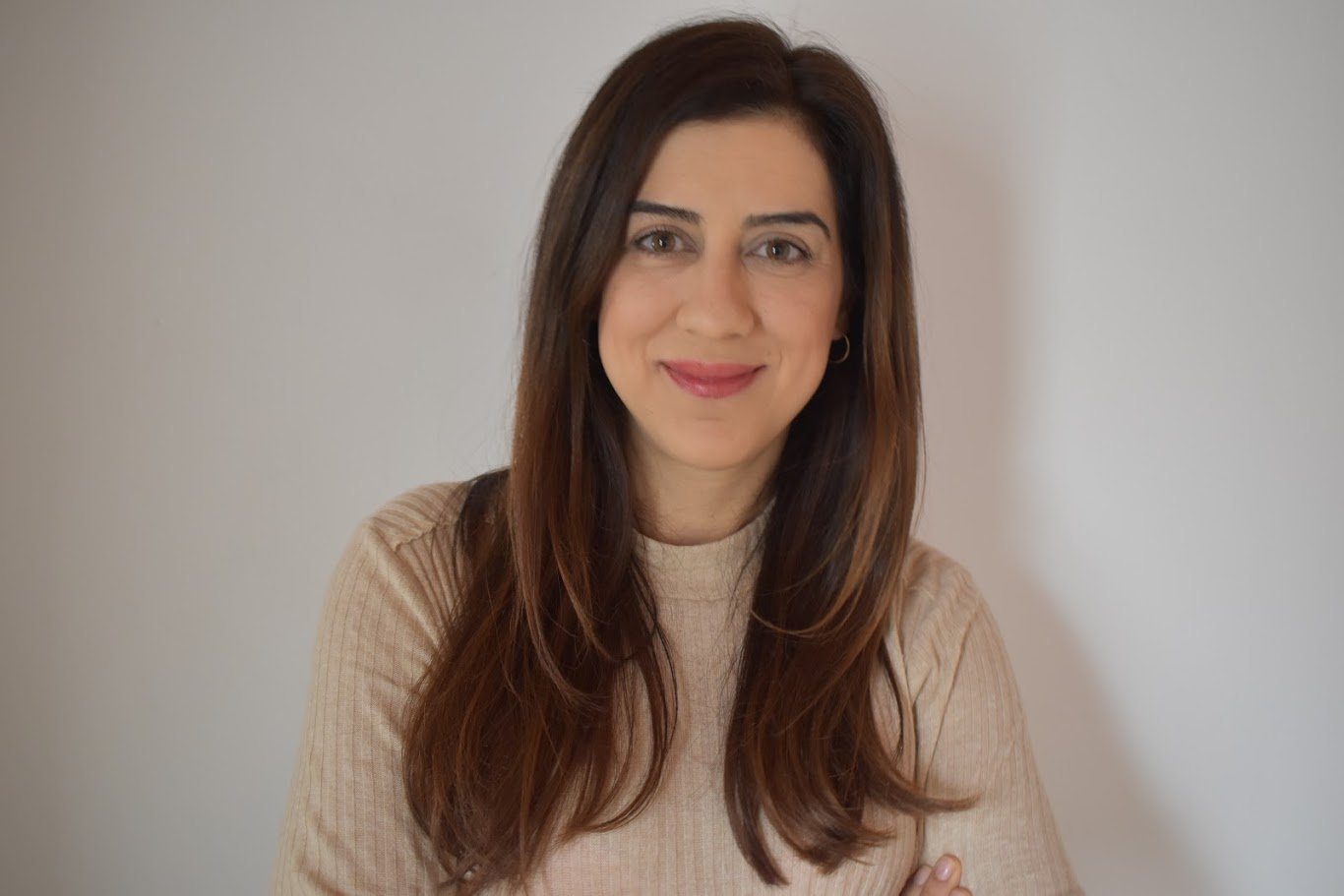 Maria has worked at MIGS as a project coordinator and researcher since 2008. She has managed several European projects to do with gender equality in formal and non-formal education, gender and the media the gender dimension in the integration of migrants, hate speech, as well as women in decision-making roles and in history.

Since 2019, Maria has been lending her expertise in matters of gender equality as a member of the European Commission’s OMC working group, which brings member states together to exchange experiences and good practices in the creative and cultural industries. She is a member of the International Network on Leave Policies and Research, having contributed the first ever comprehensive report on Cyprus leave policies. She is also the national coordinator for Cyprus in the Global Media Monitoring Project (GMMP), the largest global study of the representation of gender in media.

She has previously participated in the Euro-Mediterranean Network for Human Rights (EMNHR) gender equality working group and served for 5 years as a member of the Bioethics Committee for Biomedical Research on Human Beings and their Biological Substances (2013 – 2018).

In 2018, she participated in the European Commission’s Mutual Learning Programme in Gender Equality: Women and the Media and also collaborated with the European Institute for Gender Equality (EIGE) as a national expert on the EU 28 assessment around Gender-Sensitive Parliaments.

As a trainer, she has worked with diverse audiences. She has trained journalists and other media professionals on gender balance in media coverage. She has also trained students and teachers on incorporating gender into history teaching, and on combating gender stereotypes and gender-based violence. She has also trained private sector employees, covering topics such as gender equality and sexual harassment in the workplace.

She takes a particular interest in gender in the context of the media, cultural sectors, education, history, reconciliation, as well as in leave policies, and has authored and contributed to a number of publications, including research reports, book chapters and journal articles.

Alexia Shakou is a researcher and project coordinator at the Mediterranean Institute of Gender Studies (MIGS). She is a graduate of the Development Studies department of SOAS, University of London (UK) after several years working as a professional lawyer in Cyprus.

Alexia’s educational background has been shaped by her strong interests in gender issues. For her post-graduate studies, her thesis utilised and combined feminist theories and methodologies with her growing interest in environmental justice issues to assess the Rights of Nature in the Ecuadorian constitution as political spaces for Indigenous women’s activism.

Alexia holds a LLB in Law with Study in Continental Europe from the University of Bristol (UK) and a MSc in Globalisation and Development from SOAS, University of London (UK). 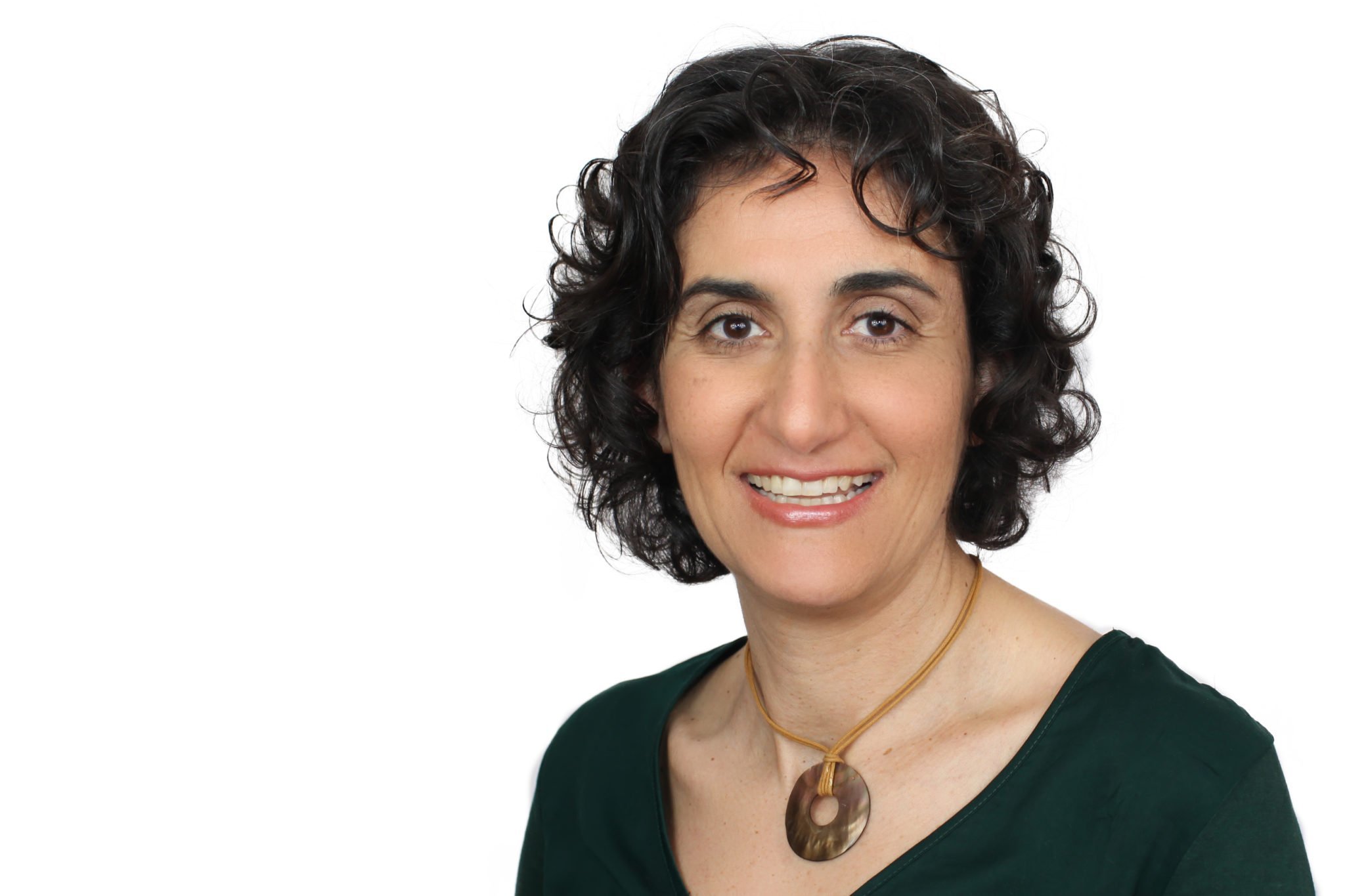 Stalo Lesta has been an external associate and part of the MIGS family since 2005. She has extensive experience as a trainer, and workshop and group facilitator in diverse areas of women’s rights and gender equality. These include gender mainstreaming, occupational segregation, gender-based violence (GBV), intimate partner violence, domestic violence, sex education and both online and offline GBV in young people’s relationships.

Stalo has also worked as a researcher and policy analyser on many MIGS research projects: she has carried out qualitative and quantitative methodologies and analyses in (i) eliminating gender stereotypes in education, (ii) combating GBV, and (iii) empowering young people to stand up to gender-based and intimate partner violence in their relationships. Stalo holds a degree in Statistics (with a focus on Mathematics and Psychology) from UC Davis. She is also a trained psychotherapist in the Person-Centred (Rogerian) approach. She is currently finishing her Master’s in Education for Human Rights and Social Justice at the Open University of Cyprus. 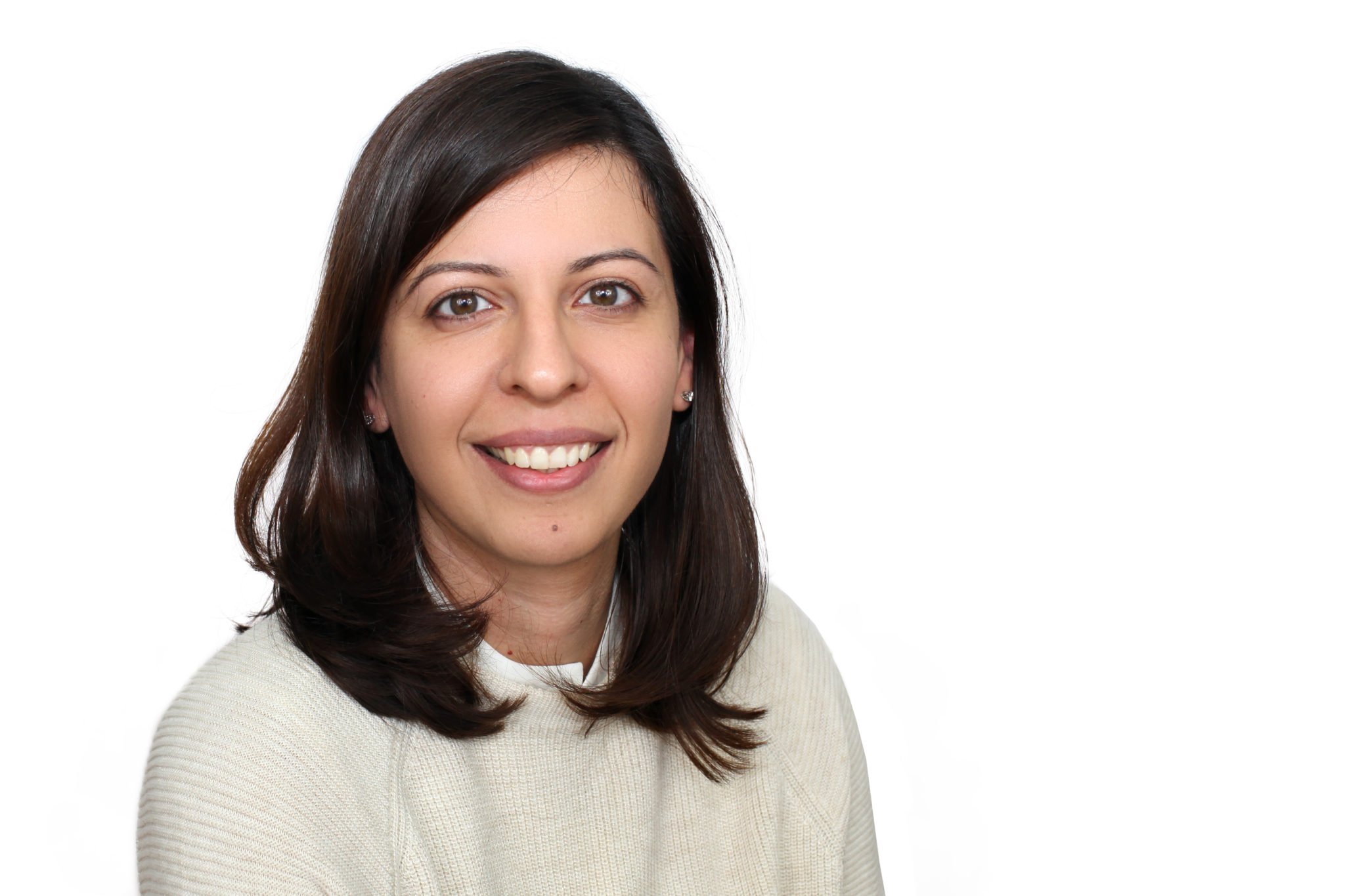 Lara is the co-founder of Storyline Creatives, a Nicosia-based creative writing and editing agency, and collaborates closely with MIGS on editorial and communications projects. Between 2017 and 2020, she was Communications Officer at MIGS responsible for the organisation’s strategic communications planning and outreach. She also focused on applying editorial standards and policy across MIGS publications (project reports, websites, newsletters, articles, etc.).

Lara has broad experience with the private, public and civil society sectors as a publishing and communications professional. She worked as an Editor at legal publishers such as LexisNexis and Sweet & Maxwell (a legal publishing arm of Thomson Reuters) in London. She then developed her communications experience in Brussels at the European Commission (DG Connect). Lara read Law with French Law at the London School of Economics, and also completed an MA in Publishing in 2008 at the London College of Communications (University of Arts London).