No more excuses. Gender Equality after the EU Elections: what’s next? 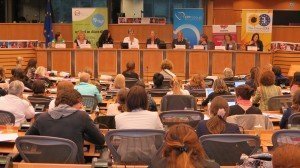 On the 9 July 2014, the European Women’s Lobby (EWL) and the Mediterranean Institute of Gender Studies (MIGS) welcomed over 120 participants to an event at the European Parliament on women in politics. The event aimed to address the outcomes of the 2014 European Parliament elections from a gender perspective, as well as to evaluate the impact of the recently concluded Parity Democracy and the EWL 50/50 campaigns.

The conference took place within the framework of European Campaign for Parity Democracy and Active European Citizenship: No Modern European Democracy without Gender Equality, a project funded by the Fundamental Rights and Citizenship Programme of the European Union. The event was also supported by the Campaign Core Group of MEPs from a range of EU parties (ALDE, Greens/EFA, GUE-NGL, EPP, S&D).

- To analyse the European election results from a gender equality perspective;

- To reflect on the achievements of the Parity Democracy and EWL 50/50 campaigns and its tools, and begin the evaluation process;

- To generate commitment to a series of principles for the achievement of parity and diversity in Europe.

Following a networking lunch and an introductory speech by Susana Pavlou (Director, Mediterranean Institute of Gender Studies) four panels addressed the outcomes of the 2014 European Parliament elections from a gender perspective. The panels were moderated by journalists Laura Shields (The Media Coach), Tanja Mileska (Euractiv), Sybille Bassler (ZDF) and Gabriele Steinhauser (The Wall Street Journal) and coordinated by Serap Altinisik, from the European Women’s Lobby.

Jessica N. Grounds - co-founder of Running Start and Director of Women Ready for Hillary - was the keynote speaker. She gave an inspiring speech on how to increase the participation of women in politics, specifically by giving young women and girls the encouragement and the skills to pursue a career in political leadership.

A cross party group of MEPs also participated in the panels: Ulrike Lunacek (Greens) MEP kindly hosted the conference, while Malin Björk (GUE/NGL), Terry Reintke (Greens) and Sirpa Pietikainen (EPP) spoke about their experience and the challenges they faced in political life but also of their commitment to gender equality and women’s rights over the next five years.

Other panelists coming from diverse civil society organisations and institutions, including EWL Members, shared their concerns about equal representation in politics and their strategies to overcome the many remaining barriers to women’s equal participation. Judit Tancoz (FEPS) gave an overview of the results of the EP elections from a gender perspective, while Natalie Labourdette (Eurovision Academy) discussed the role of the media in promoting gender equality and women’s rights, citing good practice examples and tools to promote gender sensitive reporting.

Germana Viglietta form the Italian Permanent Representation to the EU presented the priorities of the Italian Presidency, which were very much focused on employment and growth, and said that there is a gender pillar in the overall strategy. Serap Altinisik then handed her the Joint declaration of the 50/50 Campaign, highlighting that EWL hopes that the Italian Presidency will take concrete action to achieve parity and strengthen women’s right across Europe. 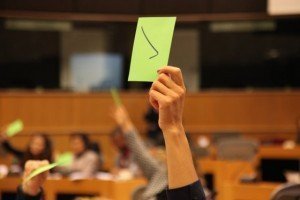 After a final speech by EWL President Viviane Teitelbaum, EWL Secretary General Joanna Maycock wrapped up the results of the conference, answering the question: “What can we do to boost equal representation?”

She pointed out SEVEN KEY POINTS emerging from the Parity Democracy and 50/50 campaigns and the discussions among the conference participants that feminist activists need to address:

-  The need to introduce legislative quotas to achieve the equal representation of men and women. To achieve that, feminists need both to work inside political parties as well as raise awareness within civil society and the general public.

-  Action needs to begin NOW on the local, national and European level in order to see results in the next EP Elections.

-  Emphasis on improving women’s leadership skills, especially among young women, and motivating them to become more involved in politics.

-  Promoting solidarity and collaboration among women politicians through the development of support networks.

-  The need to campaign on zero tolerance toward everyday sexism.

-  Strengthening the women’s movement in support of these goals.

-  Working in close partnership with the media to promote gender sensitive reporting and to increase public dialogue on gender equality and women’s rights. 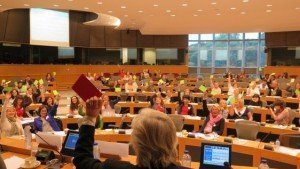 There was also an interactive session, chaired by Annette Lawson (NAWO) and organised by the EWL. Lawson asked the audience to vote to commit on several principles to ensure equal representation of women in politics and in civil society:

The principles for the achievement of parity and diversity in Europe:

1. Will you, whenever the possibility arises, ask your government to nominate one female and one male candidate for to the College of Commissioners and for all top jobs in the EU institutions as a principle of democracy and fairness?

2. Will you, whenever the topic of decision-making positions of EU institutions arises, ask your Member State and the Council of the EU to promote and to ensure gender parity in the executive board and top positions of the European Central Bank?

4. Will you speak out loudly within your own network and organization to have an equal representation of women and men in decision-making positions as a matter of inclusion and equality?

5. Will you ensure and raise the importance that specific needs of women of ethnic minorities are mainstreamed in all areas of policy-making?

6. Will you ask the EU to address and tackle the stereotypical representation and treatment of women in the media, including on social media?

7. Will you demand of your national government that they introduce ‘temporary special measures’ (as recommended by the CEDAW Committee to achieve level playing fields), to ensure greater representation of women in decision making?

The conference participants voted unanimously on all seven principles put forward, demonstrating their both their commitment and determination to continue to push for gender parity in political decision-making at all levels. 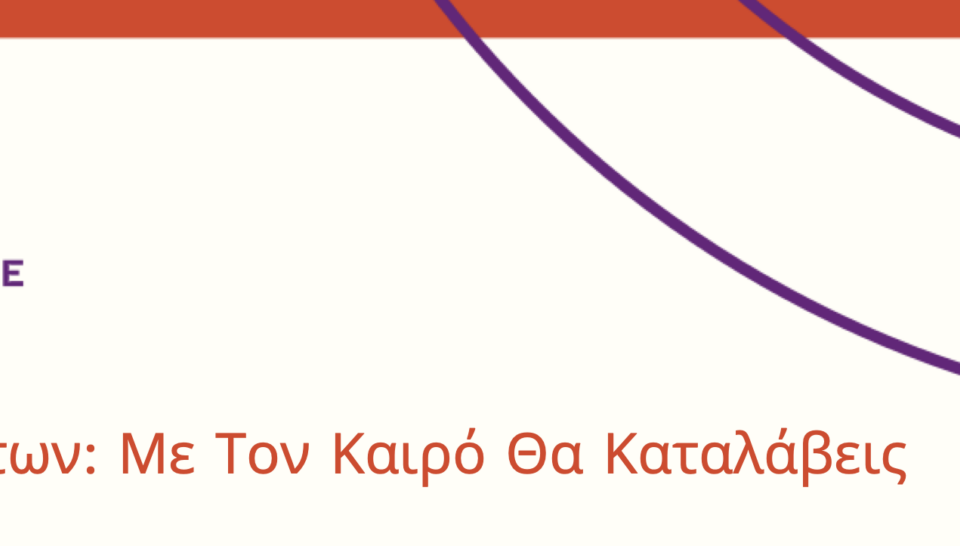